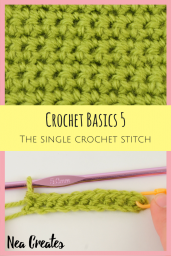 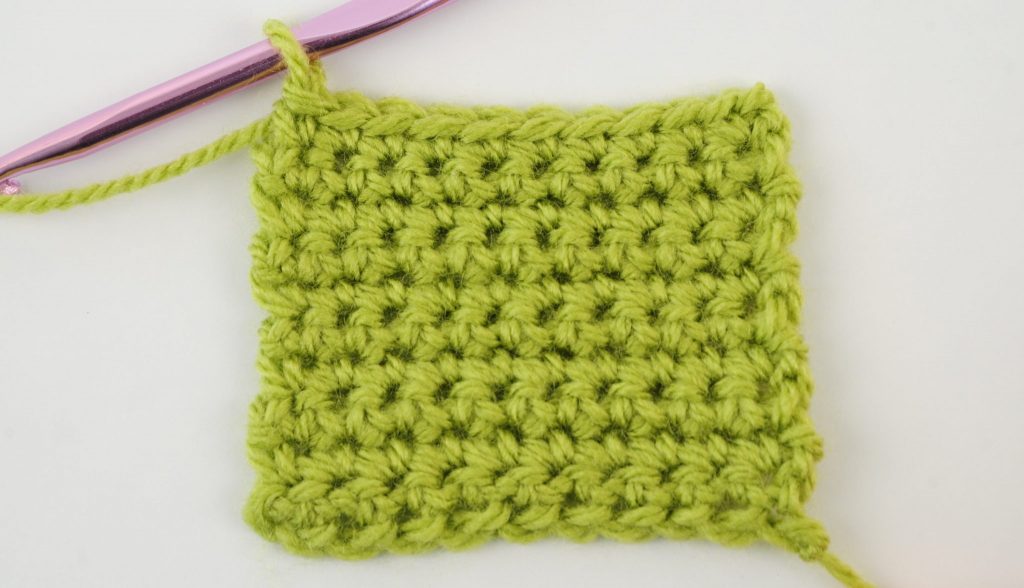 Previous lesson >> Crochet Basics 4: how to Crochet a Chain

As per usual I am using the 100% acrylic yarn Favorite by Ice Yarns and a 5mm tapered aluminium crochet hook.

Chain 10+1, to account for the height of the stitch. Then single crochet, following the instructions above, in the second chain from the hook (skip 1 chain). You can see that the top of the stitch you just made looks very similar to a chain in its V-shape with one back loop (farthest from you) and one front loop (closest to you). The loop on the hook emerges from between these two loops. Mark the first stitch by inserting a stitch marker under both those loops.

Now continue making single crochets in each chain across. The work will curl naturally, it does not mean you’re doing anything wrong. Mark the stitch you make in the very first chain by inserting a stitch marker under both its loops, this is the last stitch of the first row.

Now count the stitches, this is done in the same way as you would count a chain, the V-shape or two almost parallel loops count as one stitch. Count from the first stitch that you marked to the last stitch, which you also marked. If you chained 11 and didn’t miss a chain when single crocheting you should have 10 stitches including both the marked stitches. If you do not have 10 stitches you might have missed a chain. Make sure you’ve put a stitch in the last chain, and also that you put the first stitch in the second chain from the hook, not the third.

Now, for the next row we need to start by chaining 1, since the single crochet is 1 chain high. So, chain 1, then turn your work so that you are now looking at the back of it. It doesn’t matter if you turn the work clockwise or anti clockwise, however it is good to remember which way you turned so that you consistently turn it the same way. This will make the edges of your work look neater in the end.

Count the stitches to make sure you still have 10.

From here we have a repeating pattern. Chain 1, turn your work in the same way you did previous, single crochet in each stitch across. Mark as many stitches as you want and/or need to be confident in your work.

Counting or not counting the chain as a stitch

Trust me, I know this is confusing. Let’s just say that there’s two ways to crochet a flat piece in any given stitch. I will talk about both ways for each stitch, but I suggest you skip counting the chain as a stitch for now, and come back to it when you’re more comfortable with crochet over all. I just think it’s best to be aware that there are two different ways to do this, and that you should never mix them, at least not until you know what you’re doing.

Single crocheting a flat piece (counting the chain as a stitch)

Chain 9 + 1, marking two loops of the tenth chain with a stitch marker. Single crochet in the second chain from the hook and in each chain across, 9 times in total. Mark the next to last stitch. Count the stitches and make sure you have ten, counting the marked chain. *Chain 1, marking the chain in the same way as before and turn your work. Single crochet in the stitch you marked in the previous row (or skip one stitch). Then single crochet in each stitch across, 7 more times. Now single crochet in the chain you marked in the beginning of the previous row by inserting the hook under the same two loops as the stitch marker. Depending on which two loops you’ve marked this can be very difficult to do and might take some finicking. Count the stitches and repeat from *.

After crocheting 10 rows of single crochets you might want to tie off. Usually I’ll do this by cutting the yarn, leaving a short yarn tail, yarning over and pulling the yarn tail completely through the loop on the hook. I then pull on the yarn tail which creates a knot that will keep your work from unravelling.

Next lesson >> Crochet Basics 6: the Half Double Crochet Stitch 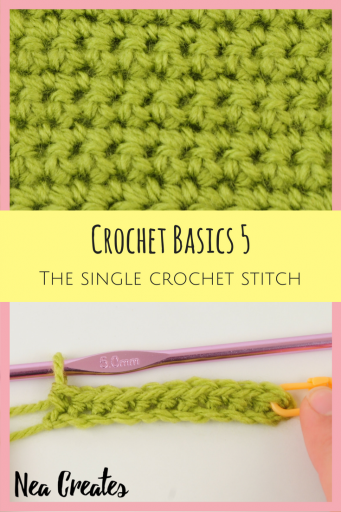 Crochet Basics 4: how to Crochet a Chain

Other posts that may interest you: 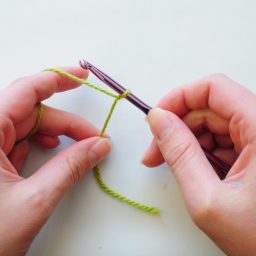 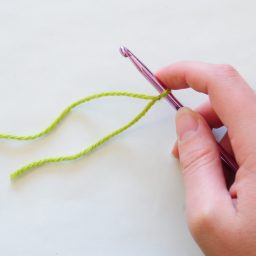 Crochet Basics 2: how to make a Slip Knot 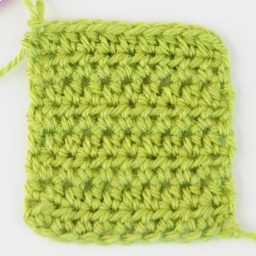 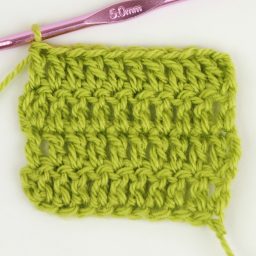 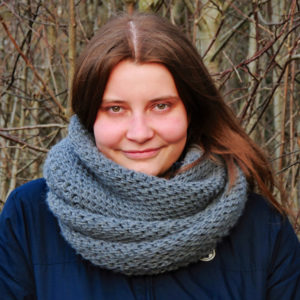 Welcome to my blog!

This is where I get an outlet for all my crochet creativity! All my crochet patterns are available for FREE right here on the blog! Click "Patterns" in the menu to see them or click on my image to read more about me!

Get notified every time I post a free crochet pattern!

After working on a complicated pattern for a reall

All body parts attached, all ends woven in, it is

Only need to sew everything on and I'll finally be

Who else is scrambling to finish a Valentine's gif

Load More...
This error message is only visible to WordPress admins


Error: API requests are being delayed for this account. New posts will not be retrieved.

After working on a complicated pattern for a reall

All body parts attached, all ends woven in, it is

Only need to sew everything on and I'll finally be

Load More...
This error message is only visible to WordPress admins


Error: API requests are being delayed for this account. New posts will not be retrieved.